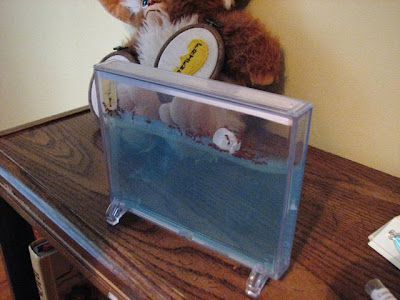 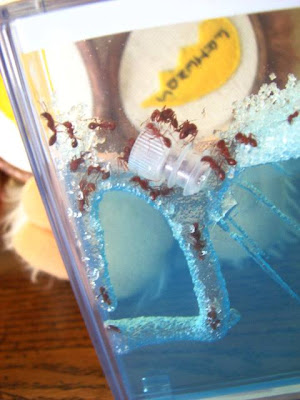 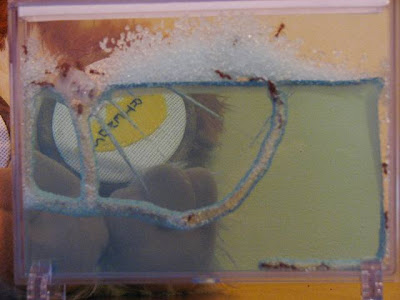 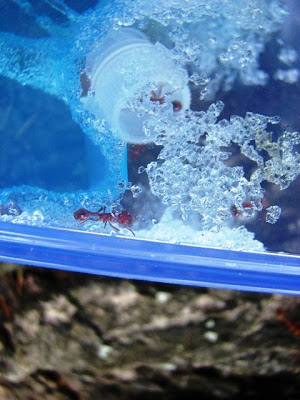 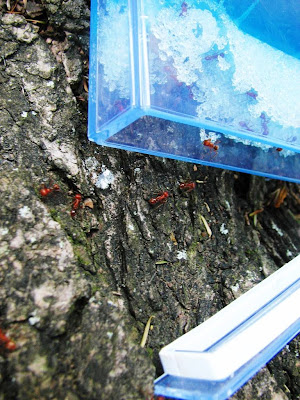 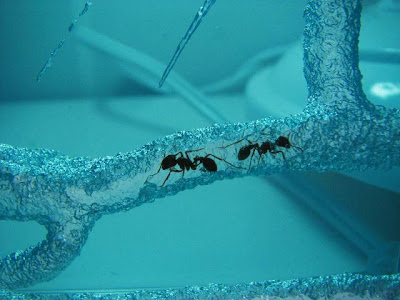 Actually, it hasn't been quite a year since we moved. Still, I have that feeling that almost everyone has when I look back - "I can't believe so much has happened" added to "I can't believe it's been a year already."

Here's where I thought I'd be: I thought I'd be about to quit the part-time job I'd get while waiting for my first book to be printed. I thought that surely, in a year's time, I'd have an agent and a publisher. And at least another book and a half written.

In the last year, I've finished editing The Cherubim and written a third book (Shadow). I've queried a couple of dozen agents; one actually gave The Dead Rise a full read-through (and a rejection.) I'm no closer to being published than I was when we moved.

This morning, I got up and edited another ten pages of Shadow. It's the best thing I've written to date, but I feel that way about everything I write - because everything else I've written to date is pretty awful. So there's that. I'm trying to feel optimistic about Shadow because it's stronger conceptually than anything I've done so far; it's the first thing I've written where I have something true to say. But does that make a good book? It's the story, and I'm not sure how strong the story is. I have to wait until it's finished and Rebecca reads through it.

But I'm happy I'm still writing. Even though I've taken a couple of hiatuses over the past year, I still love putting words down. And it feels good to still have an outlet.

We're closing on a house in three weeks. Since February of 2009, we've lived in three apartments in three cities - I'll be glad to finally settle down for a while. And I'll keep writing, knowing that commercial success isn't just around the corner.
Posted by Friendly Dinosaur at 8:37 AM 1 comment:

It isn't that atheism embarrasses me. I live in Tennessee's state capitol, and as an urbane city dweller, one would think that one's fellow urbane neighbors would take any religious affiliation (or lack thereof) in stride.

But that's not how it is at my office. There, everyone's very proudly a non-denominational Christian. Scripture in email sigs, taped up on cubicle walls, passed along via loud discussions on Biblical interpretation.

So even though I'd decided I would proudly announce myself as an atheist if the conversation ever came up, I found myself quietly dancing around the fact.

"Have you guys found a church yet?" The woman who asks me is one of the nicest people I work with, but I've heard her disparagingly talking about non-religious people.

"What denomination are you?" Great. I'd been hoping my curt reply would end the conversation, but she's going to push it. So I decide to just put it on the table.

"Oh, you're non-denominational? So am I! It doesn't matter what church you go to as long as you love the Lord. You do love the Lord, right?"

So now I'm in a bit of a quandary. The real answer to this question is mu, but I can't say that, because no one knows what it means. I could explain that I just don't believe in the Lord, but somehow it seems rude and confrontational. Then again, so's the whole conversation. So I take the lukewarm road, the worst road possible in a mixed metaphor, and say, "Uh... He's okay."

The woman looks bemused. "Well... does your wife go to church?"

"No, not really. We aren't really religious people."

"Well... you should come to church with me sometime." Then she wanders away.
Posted by Friendly Dinosaur at 6:21 AM 3 comments: