Before Rebecca and I were married - before, I think, I moved to Texas - we decided to come up with a list of a hundred things that made us happy.

One hundred is a very arbitrary number. By the end, I was really stretching to finish the list. That's fine. We're grown-ups now, which means making our own arbitrary numbers. SEVEN! Seven current obsessions. Seven things that make me happy, because I have a cold and I need cheering up. 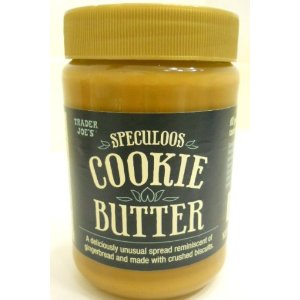 If you live near a Trader Joe's and you haven't tried cookie butter, you should hide your face. I did. I hid it up until this weekend when I finally bought a jar. Cookie butter tastes like graham-cracker flavored Nutella, little sugar sprinkle bits and all. Only it's somehow even better.
Here is what we've eaten it on so far:
* An empty spoon. 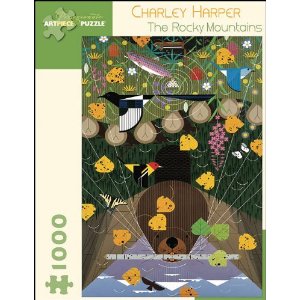 I like jigsaw puzzles. Okay? I'm a grandma posing as a thirty-year-old man. Pomegranate jigsaws are spectacular because the pieces are really thick and click together in a way that I'm not talented enough to describe, other than "Lego-like". I just invented my new favorite adjective.
Also, all of their puzzles are really pretty.

(3) Game of Thrones.
Is it weird that this feels like an embarrassing confession? Really, why does my brain equate 'fantasy' with 'punch in the kidney'?  I don't know. I think I've been burned too many times. This may be the first fantasy book I've ever read without stale archetypes or magick faeries.


Why is Robert Pollard SO GOOD? I don't know. Did you know that, by law, every blog post mentioning 'Robert Pollard' must also contain the word 'prolific'? Can't arrest me now. So far, he's released two albums this year - with a third due out in June and another in early Fall. And, for the most part, they're usually unusually fantastic, though - like lutefisk - they usually take a couple of listens for the hooks to grab. What a terrible simile.
His music is more than a little daunting, considering how many records he's put out. Two that are both fantastic and entirely different: "Let it Beard" by Boston Spaceships and "Alien Lanes" by Guided by Voices. Both are like listening to an alternate-reality Pandora: a couple dozen songs that sound as if they were recorded by entirely different bands. 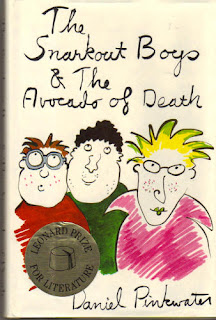 I'm on a Daniel Manus Pinkwater kick. I'm sure everyone's noticed by now. The Snarkout Boys and the Avocado of Death is one of my top ten all time favorite books. It's brain comfort food.
(7)  Audrey 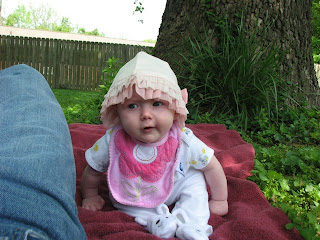 She's gotten pretty good at cheering me up.
Posted by Friendly Dinosaur at 1:51 PM